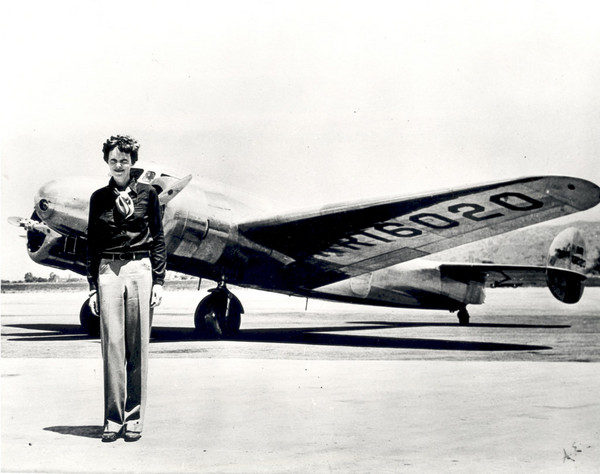 Amelia Earhart was an innovator in other areas, too, starting her own line of no-iron, wash-and-wear, simple and elegant clothing that freed women up to do what they wanted instead of spending time taking care of their clothes. She fought for equal rights, worked as a teacher and social worker teaching English to Syrian and Chinese immigrants, and worked as a nurse during the 1918 Spanish flu pandemic. During a time when commercial air travel was looked on with suspicion as being too dangerous, she was a tireless advocate for flight.

Amelia was also a writer. She served as aviation editor for Cosmopolitan magazine from 1928 to 1930 and wrote many magazine articles, newspaper articles, and essays. She also wrote three books:

To find out more about Amelia Earhart, check out the following:

From February through July, the Harrison Public Library will present a series of programs that celebrate the 80th anniversary of American pilot Amelia Earhart’s last flight and her 120th birthday anniversary. Please join us in celebrating a courageous woman who wouldn’t let anything stop her—not even the sky!