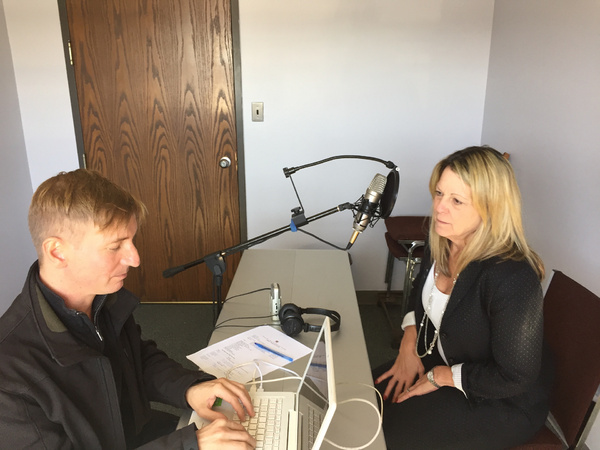 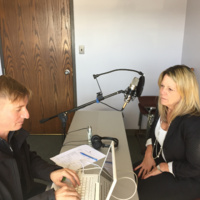 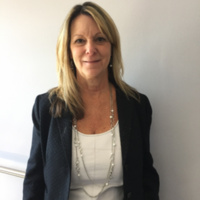 So, can you please tell me your name and title?

Jackie Greer. I’m the Town Clerk in the Town of Harrison.

How long have you lived in Harrison or do you currently live in Harrison?

I currently live here. And, this is going on fifty three years next month.

Where were you born?

I was born in Port Chester hospital and, from there, came right to Harrison to live with my family. I’m a third generation Harrison resident. My parents went all through school in Harrison. Their parents lived in Harrison and my mother and father both graduated from Parson’s School, Harrison High School, and my sisters did, also.

That’s brilliant. What was the name of the hospital you said?

And, is that, a lot of families in Harrison, do they go to that hospital?

I believe so. It’s not there anymore. Now, it’s gone. They get closed, maybe, right after my daughter was born there. So, shortly after that, in nineteen ninety, probably about ‘98, ‘99 they closed.

Do you have, in your life in Harrison, do you have a favorite memory?

Well, I have lots. We used to, on Sunday mornings, my dad, who was a retired police officer in the town, he knew, all up in Purchase area, before there was even houses built, you know, there was, back in the day an old pig farm. Every Sunday morning it would be his day to watch his four daughters and we’d get in the car, go for a ride, and he’d take us all around. It felt like we were going so far away. Not, when I was probably five years old. Thought we were going really far in the car, we were going for a ride. Meanwhile, we were still in Harrison. We were up in Purchase, and, showing us, just old areas. There used to be a pig farm somewhere up there, and he’d show us where the Battle of White Plains was, where they held a re-enactment of it. And, so, those were good memories back then.

What is the biggest change that you’ve observed in you life in Harrison, in the town?

Well, growing up, there’s a lot more people, a lot more houses, a lot more development. It was, from, having, like, little mom and pop stores in town and now we don’t really have too many of them anymore. Used to be able to walk to town and do your Christmas shopping when we were a kid, you know. You had a shoe store, you had a clothing store. Just one of each, you know. A hardware store, a five and ten. And, all of that’s different now, of course, with all the big malls and everything around, but, yeah.

I think that describes the changes.

You know, I think the loyalty, the bonding that people have in this town. You know, if, you know, something happens and people rally around you and support you and, back in 2006, I had, my husband passed away when I had a ten year old daughter and he was from Harrison, too. And his family went all, you know, he was a third generation, also. Just, the support and everything you felt. You know, every day you’d have people coming to your house or food being, you know, and phone calls, and, just, I mean, I think, you know, something happens in this town and everybody kind of rallies around you and supports you.

So, it still has a strong…?

Is there anything that you would like to see come to the town, or change in the town, or…?

Well, you know, I would like to see, again, the spirit and everything stay. You know, as bigger, the town’s getting bigger, there’s a lot of new development coming in, and I would like to see, at least, the people moving here with new development hopefully will come around and be a part of this town and the community and be involved in the community. That’s what Harrison’s about. It’s great to live in Harrison.

Interview with Town Clerk Jackie Greer from the Magic Box Oral History Booth located at Town Hall during the Great to Live in Harrison Day Celebration at Riis Park on October 10, 2016.