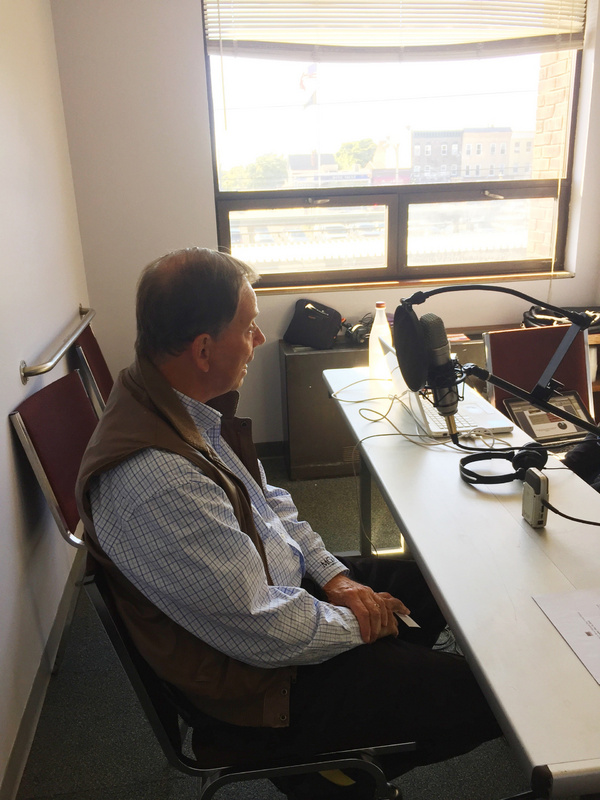 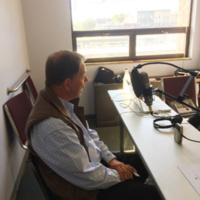 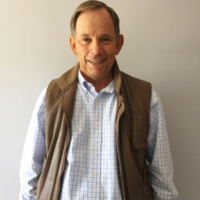 My name is Gene Westmoreland. Don’t really give myself a title these days. A former resident of Harrison. I was norn in 1943 in New Rochelle. My parents moved to Harrison in the middle of 1948 in time for me to start Kindergarten in 1948. And, so, I left Harrison in very late 1970s, maybe 1980, it could’ve been about then, I don’t really remember. I take great interest in the history of the town. I wrote a bit of a history about the Parsons Memorial School thing that sparked a little interest in the library, who asked me to do a little few more things, which I’m happy to do. I have great, fond memories of the town and I love the research that goes into doing the history.

I’ve given it some thought, and, clearly, for me as a kid, from whatever age it was, I got a real interest in athletic sports. So, my greatest memories of Harrison are closely attached to Harrison Recreation Department. Probably, at age, I was probably 7 at the time that they started the Harrison Little League. That was run by the Harrison Recreation Department. Harrison was the second town in Westchester County to start a little league and my brother was at the upper age, one of my older brothers, at the upper age that he was able to play that year. I was too young, but I became the bat boy. So, for one of the teams, so I was involved in year one of the Harrison Little League. Two years later, I was able to try out for the team and, obviously, had given a great deal of effort to preparing myself for that, and, as a nine year old, you know, was selected for one of the teams, as the teams were nine-twelve years old. So, played in the Little League for five years and, as I think back on it, the adults that were involved in it, starting with Mr. Frank Sollazzo, who lived, the Recreation Building is named after, and others that worked with him, and especially the volunteers who coached the teams, etc. They had a great impact on me, for sure, as an adult. I look back and reflect on the volunteerism that they did and how much it made life, for me, that much enjoyable. Because they went beyond just that, you know. After the Little League experience, or even having played on the team there, the Recreation Department started, and I think they hadn’t done it much before, this would’ve been, now, in the mid 1950s, early to mid 50s, they started these junior basketball leagues in what’s called the Aranac. We called it that then and the Harrison Recreation Center it’s more formally called these days, and kids would just go out and form a team and play in the basketball leagues. There was no adult supervision, or, we didn’t have coaches or anything, so we just got a bunch of our friends and we would go in there and play in the basketball leagues, and formed great..., these are people I obviously, or, ended up going to highschool with and many of them are friends for a lifetime. But, the Recreation Department went beyond that, to me, I didn’t even know they were doing it. In 1956, I think it was the first year that the Olympics, this was the Olympics were being televised. It was in Melbourne, Australia that year and I think it got a lot of interest among people, that they were actually going to televise the Olympics. And, I certainly got into it, watching. I can remember watching some of the events. But, the Westchester County organized a Junior Olympics and they did it at the Rye Football Stadium, which does have a nice stadium, field. And, unbeknownst to me, I was selected to be one of the kids representing Harrison at that. I didn’t know how I got it. Again, this is the kind of thing that the adults that were there had an impact on me. So, I was sent over there, didn’t know why I was there and ended up competing in the Junior Olympics and have a medal. I finished second in the twelve year old division, etc. But there were also events that I got into golf. I started caddying at what was the Harrison Country Club and the people in the Recreation Department obviously new I played golf. There was a Junior Tournament going on that was going to be around the police athletically, down at the Dunwoodie Golf Course down in Yonkers and they, again, they identified me and about three or four other kids to go down and play in this. And, that was the only Junior Tournament that I ever played in. I played as a caddy, etc. But, I ended up winning the tournament and, again, it had an impact because much of my career, now, has been, I was a college basketball/baseball coach for fourteen years. Went on and for the last thirty five years have been involved in the game of golf. So, that impact, you can see, how much it meant to me as I became an adult.

Thank you. What is the biggest change or surprise that you experienced in Harrison and why was it, why did it have an impact on you?

You know, when my family moved here in the late 40s, we lived in what was called the Franklin Park section of Harrison. And, while it was a very, I wouldn’t say densely populated, but the houses were very, had been there, I think they started construction on that area in the early part of the century. But, there was still a lot of empty lots and many even empty fields. So, that, for the kids in the area, this provided, there was no formal playgrounds, if you will, but it provided the spectacular opportunities to go out right in your neighborhood and go into undeveloped areas. Some may have been woods, some were just open fields, that we would organize a baseball game or a football game and play there. What became the Rye Neck High School athletic fields, and the whole development, that wasn’t there until, I think, way into the 60s. So, that had been, I think, some kind of farm, but you had to cross, what to us was almost a river, the Beaver Brook Creek. But, in the spring, the water would be up, and, crossing I would have to either crossing over a log or something, leaping over it. And, we would go over there and just to explore over there in the woods. That was probably, I don’t know, 100 acres of probably undeveloped area, land. Again, within walking distance of my house. So, now the town certainly is a beautiful place and a great residential area. But, it’s, the change is that there’s not much open space, if you will.

It must have been great to have that space.

It was. Again, I remember the kids would go out and build the treehouses and, somehow, tying a rope from the tree and have swings that would go from, you know, one high area to another. And, while there wasn’t any swimming holes, there certainly were a couple of ponds and the stream so you would be down there, and, I was never into fishing, but there were kids who would even do that. But, just the idea of being out in the open spaces, if you will, and security wasn’t the same in those days, where I don’t think parents didn’t worry about the fact that you were out there on your own or with a pal or two in the woods.

Right, they probably thought it was great.

I’m sure they did.

Interview with Gene Westmoreland from the Magic Box Oral History Booth located at Town Hall during the Great to Live in Harrison Day Celebration at Riis Park on October 10, 2016.