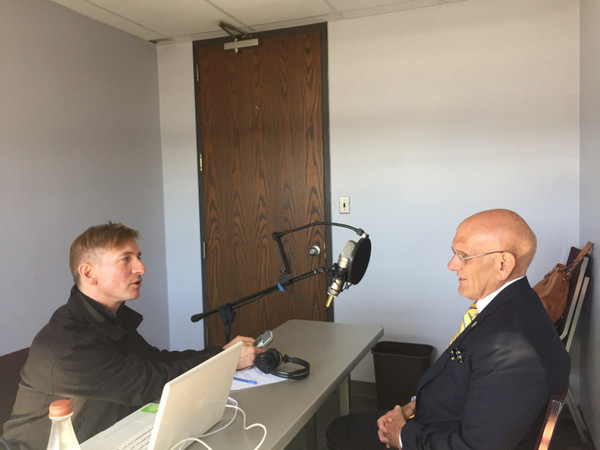 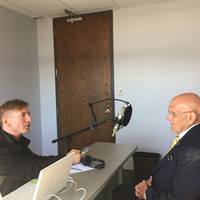 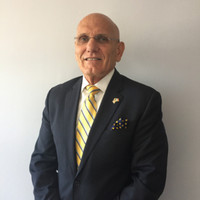 Please tell us your name and title.

Ron Belmont, the Supervisor/Mayor of the Town/Village of Harrison.

What does Supervisor/Mayor mean? Why is it two names?

Harrison’s coterminous, it’s a village and a town. Initially, it was a town then in the late 70’s we went coterminous and became a village as well. Would you like me to tell you the history of how and why that happened?

OK. The Purchase section of Harrison wanted to secede and go off on their own with the corporations on Westchester Avenue as well as Pepsico and some of the other big corporates in the Purchase area. They wanted to secede from the town and become their own independent village. And they could do that, but the town took a vote to make it a Town/Village and, once you are a village, no one particular section from the town can secede. That’s basically why we are a Town/Village. I was elected Supervisor, and I serve as also the mayor.

And, all the..., it’s a Councilman/Trustee, Comptroller/Treasurer, everyone has two titles.

So, for instance, in the future, when there’s a new mayor that will also be the Supervisor/Mayor.

OK. How long have you lived in Harrison?

All my life. I went away to college for four years and stayed away at my college for an extra year, and, so actually I was away for 5 years. But, then I came back. My grandfather settled here in 1895. My mother’s going to be 100 years old in February, so she’s been here for 100, well all 99.5 years. So, there’s a long history here in Harrison.

I was born in St. Agnes Hospital in White Plains. We don’t have a hospital, as you well know, in Harrison. Most babies are either born in Port Chester or White Plains.

Do you have a favorite memory from your life in Harrison, something that stands out, that’s quintessential or just formative for you?

Well, this may sound strange, or not all that elaborate, but I remember as a youngster sleigh riding in front of my parents’ house and the town would close the street down because there’s a pretty substantial hill, and they would close the street, and we would sleigh ride from morning ‘til noon, come in, have lunch, and go out from 1 to 5 and just sleigh ride. My dad would come home, sometimes we would put fresh clothes on and go back out at night and sleigh ride under the street lights. It was amazing. That was a winter activity that I remember you would come in, and you would take your pants off and they would just stand because they were frozen solid. You had enough layers on where your outer-layer just would stand. That was well before Gortex and all these neo-preems and everything else. So it’s just layers, you know, put as many layers of clothing on and it worked back in the day. And my other memory, which was a substantial memory, was the day I met the President, President Obama, and we chatted for several minutes at the Westchester County Airport. That was, just he and I one-on-one. That was special.

That was two years ago Labor Day, Labor Day weekend. He landed at Westchester and they called and asked me if I would meet and greet him and I said, “Sure.” And he’s flying into.., and, of course, Westchester County Airport is in the Town of Harrison. So, as the Mayor/Supervisor I said, “Certainly.” So I went up and when I got there I assumed it was going to be a room full of people and he would just pat you on the back and walk on. When I got there the aid said, “No, it’s going to be, when he gets down the stairs he’s going to spend some time with you.” And I was like, “Oh my goodness.” But, that went really well.

How long did you have to chat?

At first, words would not come out of my mouth, you know. Because he got to about the fifth step and he said, “Mr. Mayor, how are you doing?” And when he shook my hand he says, “Ron, how was your summer?” And I’m like, “Whoa, this guy’s good.” You know, but it was, so the first few words out of my mouth were just mumbled, you know, I really couldn’t speak at all. But then we chatted for five, six minutes, and then, you know, he jumped in a car and drove. And if I would have known it would’ve been one-on-one, I would’ve done some research to find out his dog’s name, his kids, I know his wife is Michelle, but I had no idea of his daughter’s names. And he was from Chicago and I had a friend that played baseball for the White Sox in Chicago and I knew he was a White Sox fan. I would’ve talked about that. But I just, I didn’t, again I didn’t realize it was going to be a mano-e-mano.

That’s a special moment that will last.

What are the biggest changes that you’ve observed in Harrison over the years?

The changes, is the Town coming together as one. Back when I was a youngster there was definitely a separation between West Harrison, Downtown, and Purchase. And, it took a while, took a while to get everyone to think Harrison is one place, but I believe it’s here now and people realize Harrison is one town and they’re satisfied with that. People from West Harrison and Purchase went to White Plains High School and people, students, from Harrison went to Harrison High School, so there was never a mix. And then, the mid 70’s, I think it was ‘73 or ‘74 that they centralized and built a new high school and all the students from the entire town went to Harrison High School. And, myself I was in Recereation prior to having this job and all our programs were done to bring everyone together in one melting pot. When we made teams, you know, before it was a West Harrison dad’s league in baseball, football, basketball and downtown dad’s league in all sports, and same with Purchase. Once the high school went and, actually I got involved in ‘74, I was the town’s recreation person, and the Superintendent at that time gave me the chore of now everyone’s the same, and everyone get’s together and we pick teams, not according to location and geographical region, but according to age and skill level. And that helped tremendously. But there’s still some that realize that, you know, they don’t want to cross the, you know, I call it the Mason-Dixon Line, the Hutchinson River Parkway, they don’t want to cross that parkway, but, it’s come a long way.

Well, Halstead Avenue’s been underserved too long, it has to be replaced, you know. There’s very few buildings on Halstead Avenue that would have stature to remain, you know. People have said to me, you should do a facade grant for the buildings, but the buildings are, they’re not in disrepair, they are kept very nicely, but they’re old, and it’s time for Halstead Avenue, from the Mamaroneck line to the Rye line, for renovation. We’re going to have a new project coming in, hopefully, to break ground next year on a transportation oriented development right here in downtown Harrison. That will change the face of Halstead Avenue. And, hopefully, most of the store owners and property owners will follow suit and, hopefully, we will have a domino effect and affect the entire Halstead Avenue. That is one of the main things I’d like to see changed.

What would you like to see preserved the most about this community?

You know, Harrison’s very diverse, it really is. And that diversity is great and it’s a diversity where people, where everyone gets along. And the different cultures in Harrison, I think, should stay exactly like that. We have a large Jewish population. We have a very large Japanese population. Italian, seems to have been here forever. So, hopefully that will stay and we get the..., it’s great to have the diversity. And, hopefully, that will stay and everyone will just continue to get along.

Interview with Supervisor/Mayor Ron Belmont from the Magic Box Oral History Booth located at Town Hall during the Great to Live in Harrison Day Celebration at Riis Park on October 10, 2016.