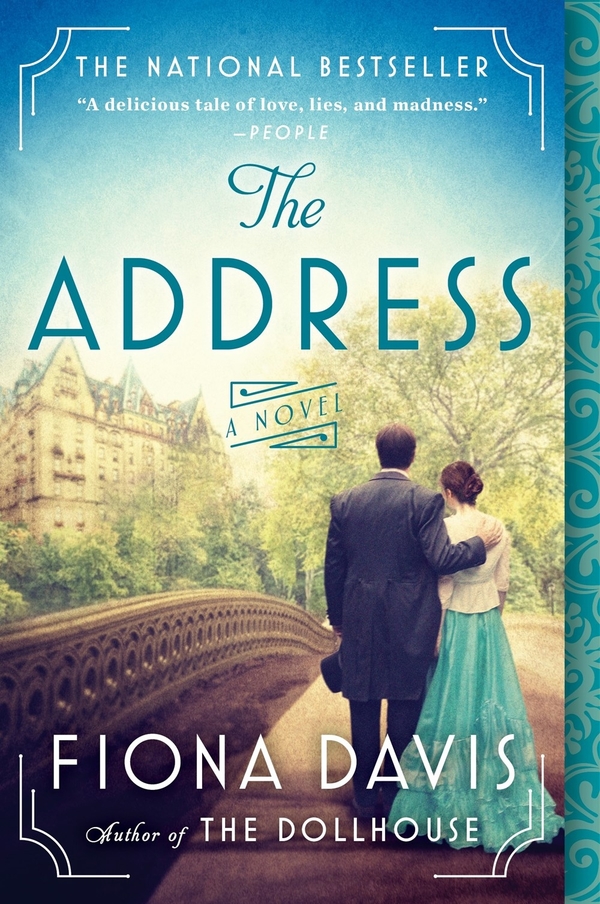 Join us for a discussion of The Address by bestselling author Fiona Davis. Davis will be joining us online on Tuesday, June 16 at 7 pm together with Susie Orman Schnall for the book launch of Schnall's We Came Here to Rise.

The Address is a compelling national bestselling novel about the thin lines between love and loss, success and ruin, passion and madness, all hidden behind the walls of The Dakota—New York City’s most famous residence. When a chance encounter with Theodore Camden, one of the architects of the grand New York apartment house the Dakota, leads to a job offer for Sara Smythe, her world is suddenly awash in possibility—no mean feat for a servant in 1884. The opportunity to move to America. The opportunity to be the female manager of the Dakota. And the opportunity to see more of Theo, who understands Sara like no one else…and is living in the Dakota with his wife and three young children.

One hundred years later, Bailey Camden is desperate for new opportunities: Fresh out of rehab, the former interior designer is homeless, jobless, and penniless. Bailey’s grandfather was the ward of famed architect Theodore Camden, yet Bailey won’t see a dime of the Camden family’s substantial estate; instead, her “cousin” Melinda—Camden’s biological great-granddaughter—will inherit almost everything. So when Melinda offers to let Bailey oversee the renovation of her lavish Dakota apartment, Bailey jumps at the chance, despite her dislike of Melinda’s vision. The renovation will take away all the character of the apartment Theodore Camden himself lived in…and died in, after suffering multiple stab wounds by a former Dakota employee who had previously spent seven months in an insane asylum—a madwoman named Sara Smythe.

A century apart, Sara and Bailey are both tempted by and struggle against the golden excess of their respective ages–for Sara, the opulence of a world ruled by the Astors and Vanderbilts; for Bailey, the nightlife’s free-flowing drinks and cocaine—and take refuge in the Upper West Side’s gilded fortress. But a building with a history as rich, and often as tragic, as the Dakota’s can’t hold its secrets forever, and what Bailey discovers inside could turn everything she thought she knew about Theodore Camden—and the woman who killed him—on its head.